The history of Iyengar Yoga and the life of the Guruji 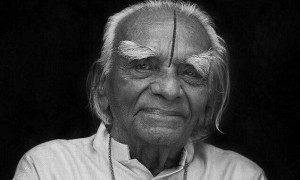 The ancient Hindu art of Yoga forms the basis for Iyengar Yoga approach.  Sage Patanjali, who is thought to live around 2,500 years ago wrote down the principles of this ancient art in the text named “The Yoga Sutras” , composed of 196 aphorisms (sutras).  According to Sage Patanjali the path to the spiritual fulfillment has eight aspects (astanga), which are also called “eight limbs of Yoga”.  The name of this spiritual journey has become “Astanga Yoga” and Iyengar Yoga provides the approach of completing these eight aspects in a practical, experience-based, and deeply personalized manner.

The great Master of yoga B. K. S. Iyengar (after whom the approach is named) has brought a unique perspective to the sage Patanjali’s teachings.   According to the Master, yoga asanas and Pranayama (the control of the breath) can be a template to explore, evaluate and experience each of the other aspects of Yoga, carrying us to the higher aspects and pointing the way towards Samadhi, the complete freedom at the end of the yogic journey.  B. K. S. Iyengar has systematized over 200 classical yoga poses and 14 different types of Pranayama (with variations of many of them) ranging from the basic to advanced. This helps ensure that students progress gradually by moving from simple poses to more complex ones and develop their mind, body and spirit through a step-by-step approach.

Called the “Michelangelo of yoga” and the “king of yogis,” named one of Time magazine’s 100 most influential people, B. K. S. Iyengar is universally acknowledged as the world’s greatest yoga teacher.

Yogacharya (yoga master) Iyengar brought yoga to the west with his pioneering teaching in the 60s and 70s, the beginning of today’s explosive growth in yoga. His seminal manual “Light on Yoga”, called “the bible of yoga” and continuously in print since 1966, has been the source book for generations of yoga students.

Mr. Iyengar continued his daily practice at the Ramamani Iyengar Memorial Yoga Institute in Pune, India, until shortly before his death at the age of 95 on August 20, 2014. Named for Mr. Iyengar’s late wife, who died shortly before it was completed, RIMYI is where Mr. Iyengar’s daughter and son, now the chief teachers of his method, carry on his work.

Mr. Iyengar’s daughter, Geeta S. Iyengar, is the author of “Yoga: A Gem for Women”, the pioneering work on yoga for every stage of a woman’s life. His son, Prashant S. Iyengar, has also written extensively about yoga.

Mr. Iyengar’s other influential works include Light on Pranayama, Light on the Yoga Sutras and The Tree of Yoga.